If there is one constant across all human languages, it is the desire to humanize inanimate or non-living objects. Naming your car, “Laila,” for example makes little sense but provides the human connection with an object that you rely on. 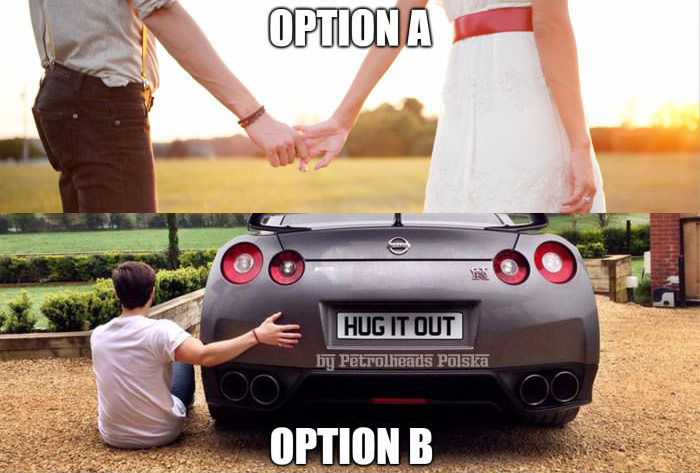 The robotic “hand” is a similar example. While most robotic arms are fitted with end effectors, most of us will inevitably insist on calling them hands. Science-fiction flicks like Terminator 2: Judgement Day certainly doesn’t help, depicting the Terminator as a life-like robotic form that can cut through its flesh to reveal a robotic arm and hand.

In reality, there are many different types of end effectors with most of them resembling something less of a hand that you would imagine. The world of robots manipulating objects is changing each day but there are some end effectors that regularly make appearances on the business end of a robot arm. It might be more beneficial to look less at how the effector appears and more at how it operates.

An end effector, including the human-like robot hands, typically has a set task to do on behalf of the robotic arm (picking up a part or screwing a screw in). Thus, end effectors are typically fitted with a gripper or a tool dedicated to the specific job of the robot.

The most commonly seen end effector is affectionately known as the gripper. This robot hand has traditionally used force closure to manipulate objects. As the words force closure would suggest, the gripper has not been known for its ability to handle fragile objects.

Fortunately, the gripper and other robot hand styles have undergone quite a bit of change since their introduction. The once gruff gripper is now able to handle items as fragile as a piece of uncooked spaghetti.

Robotic hands that appear and act like human hands are constructed in a way that makes them very similar to the real thing. In fact, most of these hands feature tendons (cables) and fingers that work together much like human hands do to open and close for the manipulation of objects. This simple human-like hand uses multiple motors with one long tendon roped through the fingers to close and relax the hand, and move the fingers independently. This technology combined with exponentially improving AI systems is allowing for an increasing array of uses for the robot hands.

We have briefly discussed the gripper, one of the most common robot hands in use today. The advancement of programming, AI, and different methods of movement have made the gripper a versatile end effector for many different uses.

The gripper is commonly found in use in warehouses and other areas where similar items are frequently moved from one place to another. It can be added to almost any robotic arm. One notorious flaw of the gripper is that it does not handle change well. Give it two similar objects — like two boxes of different sizes — and it will do just fine picking them up and moving them. Throw a football into the mix and watch the gripper have the robotic equivalent of a mental breakdown.

A sibling to the gripper, the claw is also used to move objects from one place to another. Most of us have experience wielding a similar device — the game you played as a kid where you tried (likely unsuccessfully) to grasp a cheap stuffed animal or toy. The claw has three or more “fingers” that wrap around an object to lift, move, and place it.

It is important to pause here and discuss the types of gripping functions. There are form-fit grippers that are shaped in a way that the product “fits” into the grip, reducing the amount of force the gripper must apply to the object. Alternatively, there are force-fit grippers that use varying degrees of force to grab and hold an object. The appropriate application depends on the product itself and the amount of flexibility needed in the process.

The tool is an aptly named category of end connectors. This type of “robot hand” is responsible for a specific task like drilling, welding, or cutting. Many robotic arms can be outfitted with a wide variety of tools, making the robot more versatile and effective.

Tools used for removing material are often installed on robotic arms. The can include deburring tools, cutting tools, and welding equipment. This allows the arm to trim down materials for further manipulation or finish a product.

Welding tools attached to robotic arms can be used for repetitive welds like those found in the automotive industry or more specialized applications. There are some welding tools that are accompanied by another robot hand that allow for welding wire to be fed to the welding hand.

The vacuum operates using powerful suction and is typically applied as a material mover. Sheets of metal, plywood, and other flat materials are often moved from one place to another using these end connectors. This helps human workers avoid lifting injuries, and speeds up manufacturing and distribution processes.

We can pause here again to discuss other types of gripping similar to vacuum. All fall under the astrictive tools category. Electro adhesion (using static electricity) and magnetism can also be used as an alternative to physical grippers or claws. The materials being manipulated often dictate which type of tool is appropriate.

There are some end connectors that will use a process called ingressive tooling. This allows for penetration of the product (often fabric or other fibrous materials) to pick it up and place it down. The opposite of this invasive method is called contigutive tooling. This allows for the tool to adhere directly to the object with glue, tape, or even a method of freezing.

The human-like hand is the star of the show, despite its lack of usefulness in the current industrial setting. These hands are capable of advanced movements mimicking a human hand. The human-like hands are typically paired with impressive AI and machine-learning capabilities. This allows the hands to learn tasks and improve based on prior mistakes.

You may have noted that there are myriad tools available for use as end connectors or robot hands. This list is not nearly exhaustive. End connectors are being developed at an astounding pace. While the development of anthropomorphic hands capable of anything is amazing, the construction of “as needed” robot hands is adding new ideas and capabilities each day.

Couple the imaginative spirit of many scientists and machinists with the exponential power of AI and machine learning, and you can see how the robot hand is an exciting, changing technological frontier.

Much to the gripper’s dismay, we have pointed out some flaws with its design. Sensitivity and dexterity have improved with various upgrades to software and mechanics but everyone wants something new and better.

2019 saw the rapid introduction of new end effectors. The quest to develop a robot hand that features anything close to the capabilities of the human hand is hitting new heights. Let’s have a look at some of the new ideas coming out recently:

The Magic Ball is a new end effector that addresses one major problem with the gripper — versatility. The Gripper is great at picking up a specific object or group of similar objects. This is severely limiting the application of robots in different settings. While moving boxes from point A to point B is certainly proving to be lucrative for warehouses, it does not allow for complex work like bagging groceries.

The Magic Ball seems to be capable of taking on the often delicate task of filling a bag of groceries. It can use strength to grasp and move heavy objects and its delicate, soft structure to place fragile items. This type of robot hand represents the potential for robotics to enter spaces once too complicated to consider.

The beauty of The Magic Ball may lie in its somewhat unappealing aesthetic. As we have discussed, there is an obsession among many with humanizing end effectors and robots in general. The Magic Ball is the perfect example of how that line of thinking might be quashing creativity and successful design.

Like most of us, The Magic Ball is not without its flaws. One glaring issue is its inability to pick up objects that are two-dimensional (flat). Grabbing an apple and a can is great but is a grocery bot useful if it can’t pack up your frozen pizza?

Improvements on the Gripper

We do not need to get back into Gripper-bashing again. We know grippers can be troublesome when tasked with jobs outside of their skillset. A new, soft gripper is being introduced that has the potential to change the overall capabilities of robotic arms fitted with them.

The biggest challenge for a typical gripper is variations in the product. Currently, many applications require the product to fit the gripper and vice versa. The soft gripper technology being introduced by Soft Robotics is able to adapt to a wide range of products and packaging. Rather than simply working with one style of a box or one type of product, the soft gripper enables a robot to handle virtually anything within a reasonable range.

This improvement could lead to a vast improvement in efficiency, especially in less predictable environments. Common grippers are great for fulfilling predictable outbound orders but struggle with the unpredictability of returns or receiving shipments. The soft gripper could change this and allow efficiency improvements in receiving returns (a $100+ billion dollar task).

This is one that should soothe the need for a realistic robot hand. Dexterous Hand features 27 bones and five fingers, and is controlled by “muscles and tendons.” The realism does not stop there.

Forecasts for Development of Robot Hands

The Dexterous Hand gives us a gleaming example of the potential in robotic hands. The benefits of its construction and physical capabilities are obvious. However, the most impressive indicator of what is to come might be what isn’t seen — AI and machine learning.

OpenAI (founded by Elon Musk) has been working on a robotic hand called Dactyl. This hand is capable of rolling a multi-colored cube through its fingers. This feat is impressive on its own but more astounding is the fact that Dactyl has learned this task on its own. Beyond simply rolling the cube, it can identify and turn to the appropriate color side when asked.

This type of machine-learning is what leads us to conclude the future of robot hands is complexity. Not only complex designs like The Dexterous Hand that features human-like anatomy but, more importantly, the capability to perform tasks it has learned. This is a far cry from the gripper that can lift a 500-pound box but can’t avoid crushing an egg.

The ability to perform multiple tasks is the next big thing for robotic arm end connectors. Advancements like The Dexterous Hand and Dactyl are fascinating but getting a gripper to perform multiple functions is more realistic and affordable for companies in the near future. This will put pressure on robot hand developers to create attainable, multi-tasking robot hands and abandon their “one hand for one job” mentality.

Conscious decision-making represents the ultimate in robotics. A robot that can understand, “Something is in my way, I must move it to complete this task,” then actually perform that action is the idea that robot hand developers are aiming for. Development will obviously continue in mechanical construction but even the most realistic hand is only as effective as the intelligence driving it.

Servos as robot components
Automated Warehouses: Drives, Robotic Arms, and Drones
When your barista is a robot arm with coffee maker functions