So, what is a collaborative robot? And how exactly it can help your industry to grow and work in a more organized efficient way? Let’s make it clear. The very word collaborative tells us about the intent behind the invention: it is specifically made to work along with a human worker and produce a better result combining both of the powers.

The key quality of the collaborative robot (or cobot) is that it works alongside people quite literally—being in close proximity and doesn’t cause any harm. It doesn’t require special fencing and atrocious safety regulations—cobots are made to cooperate with humans! 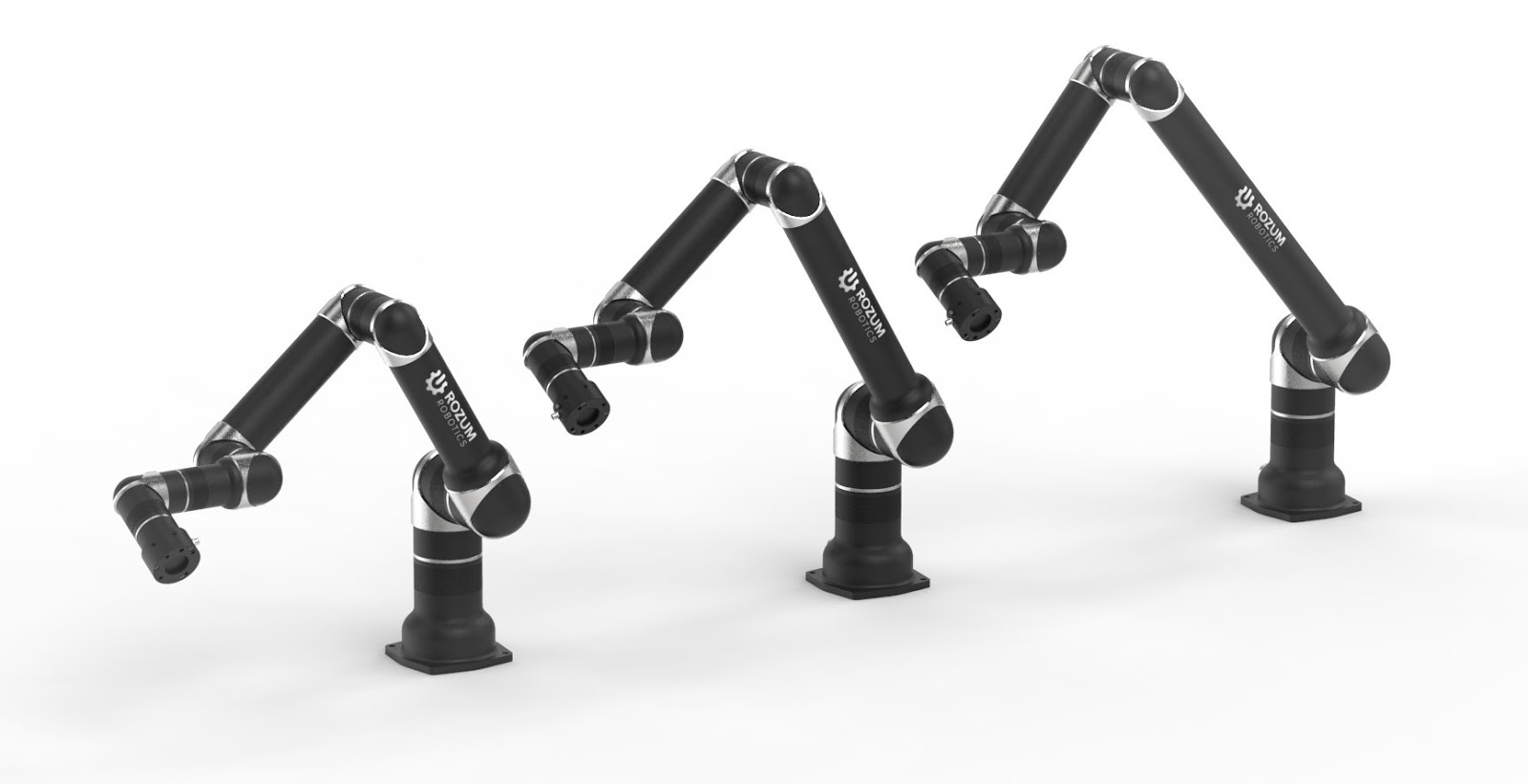 PULSE by Rozum Robotics is a series of high-class cost-efficient manipulators intended for manufacturing enterprises of all sizes, makers and innovators, research institutions.

No safety cages and additional costs needed. Cobots are safe, but are there really no safety measures at all? Well, there are situations when a fellow human worker has to intrude upon the collaborative robot’s territory, its workspace. It can happen even while robot still hasn’t finished the task. In that case, the moment the robot stumbles upon a person’s hand, it stops moving altogether. The robot is not shut down—it just puts the brakes on. And though some specifications can differ, the overall result is always the same: in case of an interruption, the manipulator stops with no harm to a human and no damage to the work being performed.

So all the dull unattractive tasks are being sent off their way.

Still doubting if a cobot is worth a shot? Let’s outline a couple of advantages and disadvantages of a collaborative helper.

Easily reprogrammed. The software is quite flexible and the purpose of the robot can be changed within an hour or so. Due to its light weight, a collaborative machine can be physically moved around to its task points by just one person. Moreover, to teach it a trajectory, you only need an hour or even less.

Flexible and safe. It is able to work safely outside the cell and doesn't need protective fencing. It means people can augment collaborative robot’s work, which means higher productivity with no additional investments.

Lower speed. That is how you pay for safety—high-speed applications are not for co-robots at all. Though the cobot can be programmed to move with TCP (tool center point) velocity up to 4 m/s.

Lower payload. It has power limitations and is not the best fit if the key demand is high payload.

Collaborative robots are made for tasks where they move lightweight items quite slowly.

Here are some of the examples of such jobs:

Also cobot can perform a number of other functions, such as:

The cobot by Rozum Robotics is an arm-manipulator intended for automation of industrial enterprises. The Rozum Robotics cobot is capable of effective manipulation in repetitive tasks at various enterprises. At the same time, the collaborative helpers are absolutely safe, don't require costly protective caging and are allowed to work in direct contact with a human. 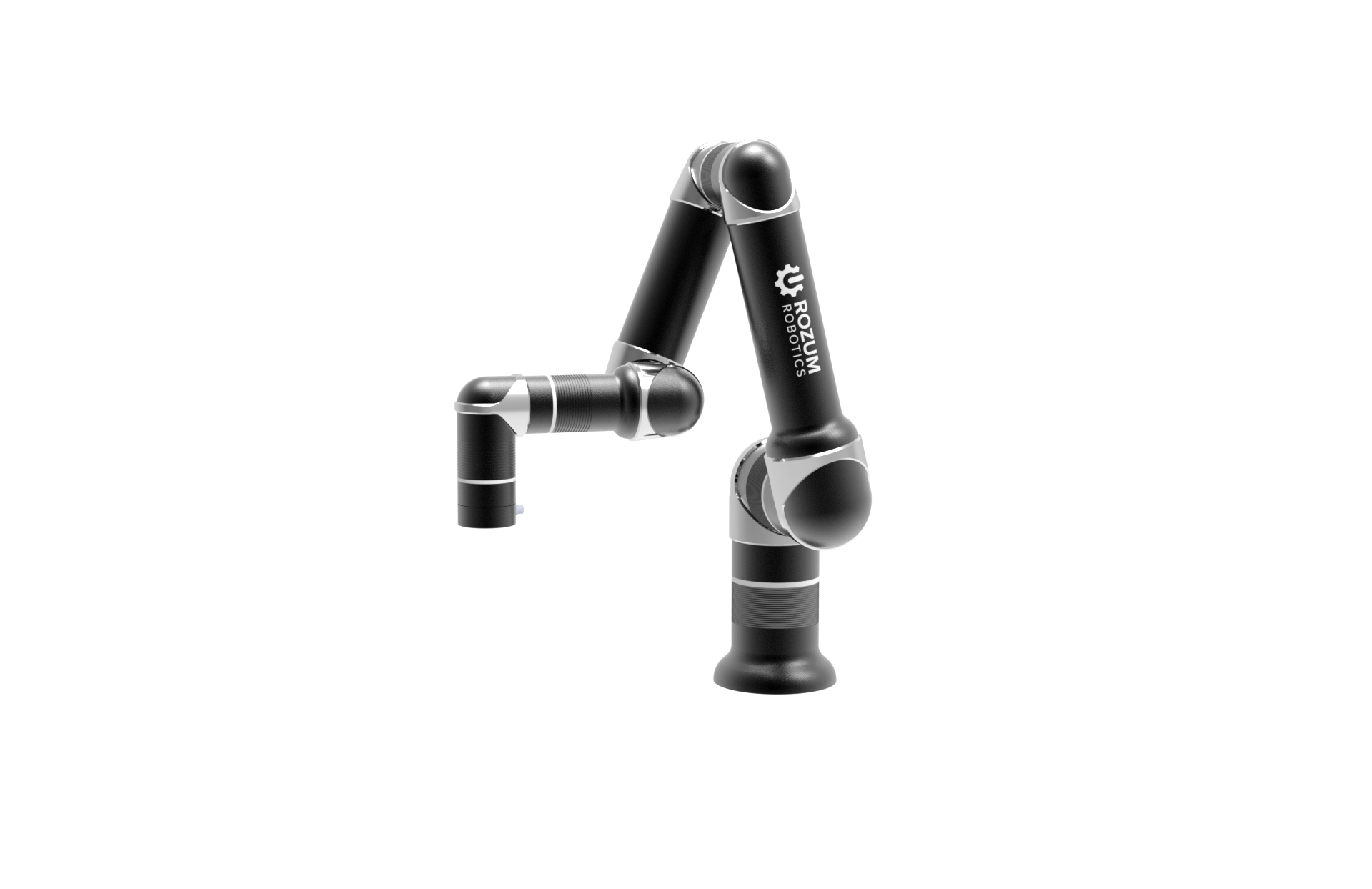 Every year, about 5 new collaborative manufacturers appear worldwide. To help you make a choice, we enumerate several Rozum Robotics cobot advantages as compared to other manufacturers.

Why PULSE by Rozum Robotics?

Who serves a better coffee—a robot or a barista?