A Small Servo For Higher Performance

Imagine a huge open space domineered by a giant engine and a formidable main shaft, hardly visible amidst hundreds of smaller subsidiaries—driving belts, gears, and other tackle. That’s how a manufacturing facility looked like in the nineteenth century, when steam machines ruled the world.

The invention of an electromotor has changed things remarkably, enabling to operate equipment not from a single “boiler,” but from individual drives, with performance times more efficient. As smaller servos came to the forefront, manufacturers got a chance to minimize workspace utilization, while obtaining more power and precise control over motion. 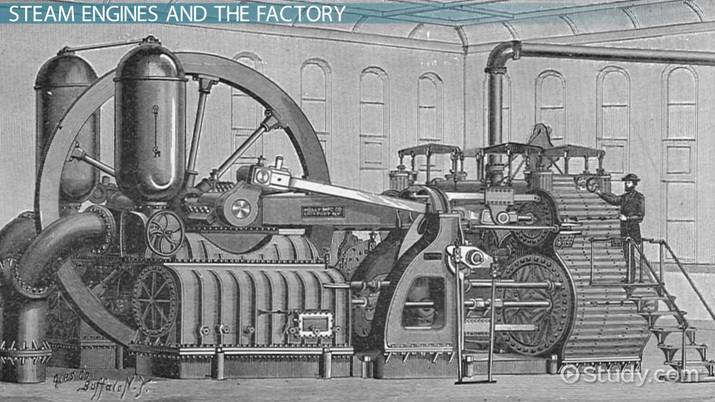 From vapours to electricity, from AC giants to small servos

Being part and parcel of the Industrial Revolution, steam engines made it possible to automate the bulk of previously manual operations. Working wonders of increasing labour productivity and production capacity, the machines were, however, neither safe nor overly efficient and took up lots of space. Producing vapours to move equipment involved fire hazards and required continuous supply of coal or other fuel as the mechanisms hardly ever stopped. Smaller steamers demonstrated inferior performance as compared to their larger counterparts.

A different principle of obtaining motive power, relying on electromagnetism, was discovered in 1820 by Hans Christian Oersted. The first fully functional electromotor was built in 1834 by Moritz Jacobi. The first electric alternating-current (AC) generator was installed at a Birmingham factory in 1844. The new actuators were way smaller than steamers and introduced a totally different workflow and operating environment. 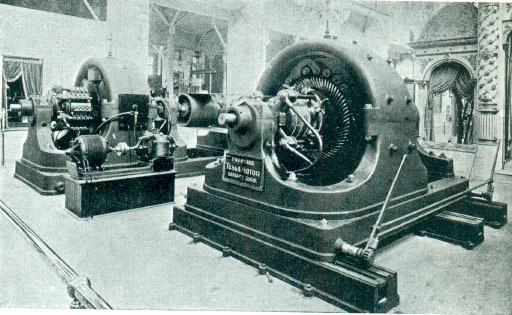 Whereas steamers set production pace and logic at old factories, the newer electric drives enabled manufacturers to manage processes based on any logic at their discretion. Vapour-driven equipment was concentrated around a giant drive shaft, whereas introduction of electricity allowed distributed arrangements of hardware, again at users’ convenience.

Back in the the late nineteenth century, however, electric AC motors were single-phase, could spin in one direction only, and were more expensive to operate than steamers. They were a lot larger and by far less efficient than modern electricity-powered propulsion units.  Advances in the inverter and motion control technologies has finally brought us to where we are now.

There’s a variety of powerful and compact motion solutions available, boasting highly dynamic response and a size hundreds of times smaller than that of a steam engine. These include three-phase induction AC motors, direct-current actuators, steppers. Servo motors take a special place on the technology evolution ladder. Let us explore why.

Smaller in size than most modern drives, servos are known to deliver the following major benefits:

Apart from small dimensions, ultra-precise positioning, and the distributed management option, RDrive servos offer impressive torque output enhanced due to in-built gearing. The weight-to-power ratio and high repeatability makes them highly efficient in industrial solutions (e.g., production line automation) and novelty applications, such as robotics. All servomechanisms in the model range support CANOpen communication and control via the Application Programming interface, which contributes to ease of their integration.

How RDrive actuators are made smaller

RDrive servos comprise multiple modules—a brushless AC motor, two encoders, a controller, a gearhead, and bearings—all fitted in an ultra-compact body. At the same time, its minimum diameter is as small as 53 mm. What is the secret behind the compact footprint?

Alternating-current motors at the core of the solution are of brushless design, manufactured using the compressed winding technology.

RDrive servos are sold in gearless versions, too, with even smaller dimensions. Specialists at Rozum Robotics are ready to help end users with customization to adjust and modify basic models in accordance with the application dimensions.

Where miniature servo motors are in greatest demand?

Whereas some applications permit or even require installing bigger size engines, the following are major cases to consider using servo motors of smaller footprints:

Even if your case is none of the above, small servos can prove useful for your purposes: the size-to-torque characteristic and movement accuracy are too compelling to ignore.

Why Mini Servo Motors Are Essential for Modern Robotics?
To Find Small Robot Motors with High Torque
A Small Servo Motor: When Powerful Is Not Equivalent To Big