Expressed as a formula, torque is the twisting action applied perpendicular to a distance vector times the vector length from the reference datum of impact to the pivot point. The equation has a positive result if rotation is in the anticlockwise direction or a negative outcome when an object turns clockwise.

With regard to a servo motor, the technical term defines the mechanical work produced by its shaft spinning, typically measured in Newton-meters (Nm). In the specifications of linear models, the ability to move objects is defined by force. 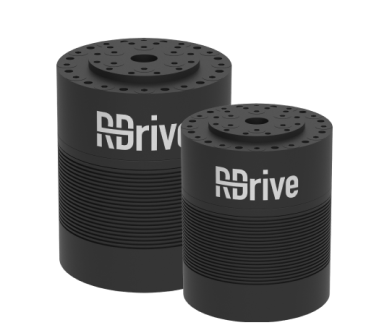 For a servo motor, high torque means a mechanism is able to handle heavier loads. How much turning force a servomechanism can output depends on design factors—supply voltage, shaft speed, etc.

There are several ways to measure how high torque is:

One option is to fix a gauge onto an engine shaft and read measurements while running the engine. In the case, measurement accuracy depends on correct instrument settings. Don't forget to count in errors due to inaccurate coupling alignment.

It is also possible to derive the rating from the position or velocity sensor readouts. To apply the method, couple a large load with known inertia moment to the actuator. Relying on the measurement results, calculate velocity and acceleration and use the inertia moment to find out the required value. Quantifying torque against speed is the major advantage of the methodology.

A third technique is to make calculations based on the force sensor measurements taken at an established distance. The needed rating is the distance times force minus inaccuracies.

A possible remedy to get a servo motor with high torque is to add a gearhead—an arrangement of gears ensuring proportional speed-to-torque conversion. The gear ratio is the measure to which the device amplifies rotational force, while decreasing revolution rates.

In the manufacturer specifications describing a servo motor, torque ratings, whether high or low, are numerous. Let us see what each value implies:

Rated—how much a servo can produce at given operating conditions—rated speed and ambient temperature). When the temperature at the customer premises is beyond the recommended maximum, torque tends to derate faster in proportion to RPM. If the situation is reverse, derating slows.

Peak—the highest level at which a motor functions stably. The value is calculated as a sum of three rotational forces—due to acceleration, due to friction, and due to load. It should be brief in duration (e.g., as long as needed to overcome mechanical friction as the servomechanism ramps up) and within the intermittent segment.

RMS—takes into account various magnitudes of the parameter that occur throughout a duty cycle of a servo motor, as well as their expected duration. It reflects how variations of the turning force affect motor performance during acceleration, deceleration, and at constant velocity. The RMS values should lie within the continuous section of the curve.

If an application works with static duty exceeding dynamic loads, consider the stall rating—how high is the rotational force produced at zero velocity. Though an engine is not moving in the state, current continues to flow, causing temperature to rise. So, the value is the ultimate threshold. Observing the limitation, a stalled motor operates safely.

When you are going after a servo motor, high torque is a sizing criterion of first priority. However, it is also essential to take into consideration how the rating changes depending on velocity variations and the inertia ratio.

Inertia ratio is the relation of the motor inertia to that of its driven load. The parameter affects the mechanical component in the overall efficiency formula. When matched incorrectly to system requirements, the ratio can degrade positioning precision by impairing operation of control loop elements.

For the motor inertia, refer to manufacturer specifications. To derive the other value, reflecting resistance of the attached load to changes of its position, certain calculations are required. The calculations should take into consideration the application components involved in motion (e.g., couplings, driving elements).

Ideally, both estimates should be identical, which is infeasible, though, and even inappropriate under certain conditions. It is hard to determine the perfect ratio conclusively, but one thing is undoubtful—it should neither be super high or unreasonably low.

At excessive values, current consumption increases and so do operating costs. There may also occur resonance or vibration issues. At the same time, a minimum mismatch (close to 1:1) is often an indication that a drive is oversized for the intended application, which leads to extra high expenses.

To obtain the adequate match, try to experiment with servomechanism dimensions, making them bigger or smaller, or have a go at a geared actuator. A gearing set allows to adjust the inertia ratio to prerequisites, while optimizing turning force and keeping revolution rates at desired levels. Whichever of the variants you pick, the baseline is the profile of the designed application.

Servo speed is critical in sizing computations in how it relates to torque variations over time. The general correlation: when the motor RPM is high, the other rating is low and vice versa. The dependence is evident from a torque-speed curve, which is unique for each engine model and has two regions—continuous and intermittent duty.

A target velocity and torque pair falling within the continuous duty region means a drive is capable of producing the output over unlimited time span without thermal or other damage. Value combinations in the intermittent region are permissible only for a short period, such as during acceleration or deceleration. After the interval expires, the servomechanism produces excessive heat.

The RDrive series servo motors, high torque by design, provide you with the right solution to achieve whatever targets you set. Gearing eliminates the inertia matching issue, while allowing to obtain high torque output—up to 216 Nm in the continuous duty region and 333 Nmin the intermittent one.

The line-up includes an array of models in five sizes, available in both geared and gearless versions. Without a gearbox, you get increased RPM and reduced housing length. Geared modifications boast high torque, but have a larger footprint. For additional information about torque and other ratings, look through the detailed RDrive characteristics.

Application of Servo Motor: I Was Made for Movin’ You Baby
Vertical Hollow Shaft Motor Units and Other RDrive Mounts
Engineering High-Torque Servo Drive With Topology Optimization