When your barista is a robot arm with coffee maker functions

A robot arm is a mechanical manipulator resembling the identically named upper limb, both in appearance and functionally. Typically, the devices are employed in industrial applications. When combined with brewing equipment, an arm becomes a new product—a robot barista.

Why use a robotic arm as a coffee maker?

In an industrial environment, the manipulator type provides such valuable benefits as high precision and repeatability. Precision quantifies the ability of an arm to arrive at a position as preset. Repeatability stands for its capability to reproduce the same manipulation multiple times with exactitude.

In terms of brewing, the precision and repeatability characteristics would translate into consistent reproducibility of gustatory properties, strength, etc. With the intelligence and mechanical accuracy of a robotic arm, tailoring coffee to exact individual tastes is easy.

Featuring up to six degrees of freedom, the robo barista enables dexterity of motion comparable to that of a flesh-and-blood server. Fitted with a suitable work tool, the robot copes perfectly with all the same tasks as a human at a coffee bar stand. It loads and grinds beans with a grinder, sets and handles an espresso machine, hands over a drink, and so on—except, perhaps, the tricky latte art.

The lack of artistic talent is not a shortcoming, but another argument in favor. Robotic arms are meant to do the repetitive part of a coffee serving job, leaving the customer-barista relationship intact. While you enjoy a small talk, a robot in the background brews a hot java, froths milk, adds a flavor—and passes it on ready for you.

Though a robotic arm cannot spur actual conversation (at least, yet), they are real mechanical workaholics, capable of toiling 24 hours a day, no breaks to smoke or chat, no days off. When properly configured, the capacity of the smart coffee maker is way superior to performance of a conventional barista.

According to the latest PayScale data, the hourly salary of a barista in the USA and Europe is around $10, which makes $80 dollars daily, $2,400 monthly, and 29,000 yearly. Add to the sum extra compensations, sick leaves, etc.—and the figure increases in a rather unpleasant proportion from the employer’s perspective.

Though the initial investment amount may seem discouraging, maintaining a robot arm to make drinks entails less overhead expenses. Even with the cost of a coffee cup at around 3 dollars, the payback period is claimed to last 18 months only. 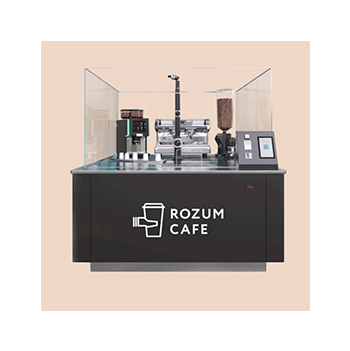 Find out all the interesting details, and business advantages about the robot barista and Rozum Café. Get Details

Spots where robotic arms work as baristas are already in place in a number of locations around the globe. The major business idea behind the projects is to make coffee accessible to as many people as possible at high-traffic areas without getting them to stand in a queue. Airports, crowded commercial premises, and shopping malls hit the list of top sites. 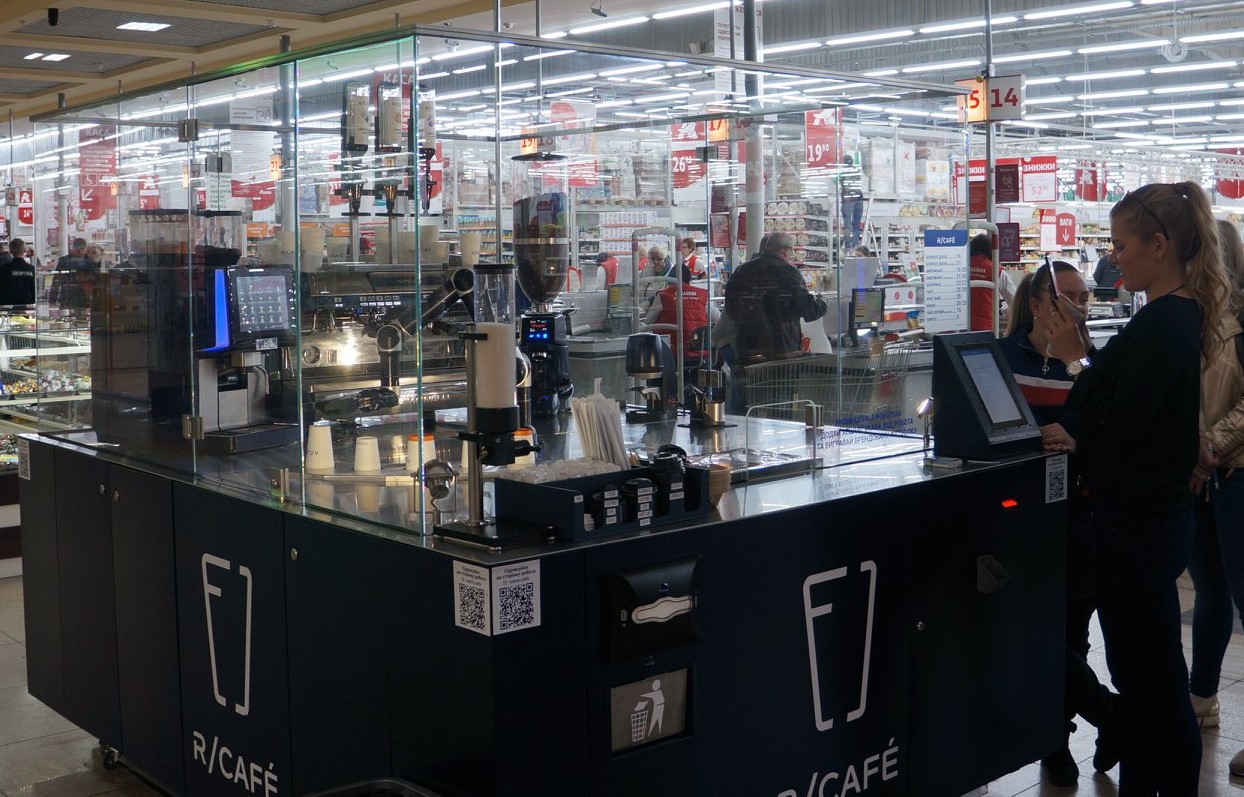 Essential and widely promotes business features of a robo barista project include:

• Quick and easy setup of a sales point with minimum deployment costs
• Simple control and servicing workflows, which allows to minimize time and money spent on personnel training and maintenance and reduce coffee stand downtime
• Customer-friendly and transparent order processing flow via an ordering kiosk or a mobile app

An important contributor to commercial success of a robot arm as a coffee maker is the novelty experience of interacting with a non-human server. Vendors strive to add a personal touch, marketing their solutions as delivering javas that match individual tastes with precision.

For instance, the Café X project from San Francisco cooperates with local roasters, offering a selection of coffee roasts on its menu. In addition, the vendor addresses the latest healthy lifestyle trends by supplementing the carte with specialties for vegans and customers with lactose intolerance. 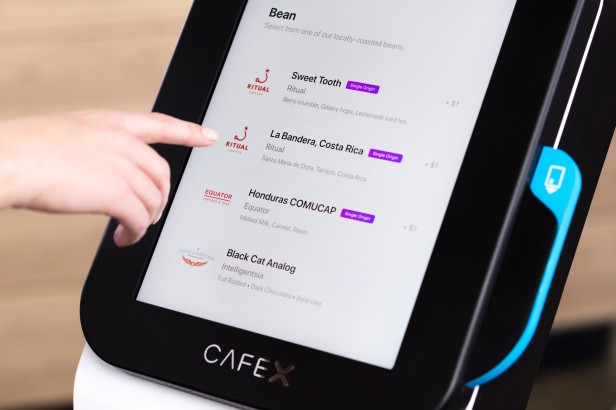 Current coffee robot makers are mostly developed with a view to growing a trading chain. One of the business models utilized for the purpose is franchising. The R/Café is an example of a franchise project—a collaboration between the California-based startup Rozum Robotics and the Fransua café chain from Eastern Europe. In this particular case, the Rozum company backs the engineering part—delivers the robotic arm, whereas the café chain is responsible for the barista part and franchise support.

The role of a human beside a robot barista

The aspect is a tender spot, giving rise to both fears and expectations. Employers in the service sector, including the food and beverage industry, plunge into automation, expecting to gain more profit. At the same time, employees feel threatened by robots supposedly stealing the job.

Maneuvering between the two, coffee robot vendors say it time and again—automated baristas are there not to replace people but to relieve their workloads, while enhancing productivity. So far, existing projects have given no reason to doubt the words.

Humans tend to robotic arms as onsite specialists, advising customers on choices or counseling them on how to place orders correctly. Otherwise, people are also engaged in servicing robo units—restocking coffee beans, refilling milk containers, cleaning, and repairing. In this way, javas are served faster and with a better consistency, while the entire process never loses a human touch.

The future of digital twins and artificial intelligence

A digital twin is a term from the Industry 4.0 realm, meaning a real-time virtual representation, or a software model, of a physical object. When applied to a robotic bar, the concept means vendors will have a digital simulation of a coffee maker spot containing data, such as servicing and operation logs, location, ingredient consumptions, etc. The availability of the information enables monitoring and managing equipment states remotely, as well as making justified predictions to improve performance indicators.

Just imagine: your smart home wakes you up in the morning, you catch a driverless cab, and make it to the office just in time for a robo barista to hand you over your morning cup of joe. 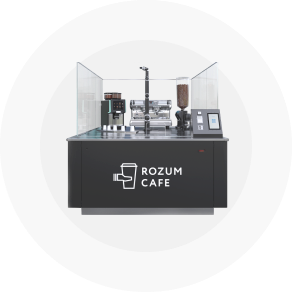 Get Robot Barista —
Be First!

A robotic barista brews and serves great drinks. Everytime. Everywhere. When the core of your brand is a robot, high quality and standards are guaranteed. Get Barista