RDrive servos incorporate two absolute rotary encoders—19-bit resolution digital transducers integrated as a separate PCB module. The devices produce feedback on angular positions of two objects—the output shaft and the rotor, which is intended to minimize accuracy errors due to gearing. With the readings, users can always establish, correct to a thousandth degree, where a servo has actually travelled and whether it has reached the commanded point.

RDrive servomechanisms are sets of basic functional modules merged together to rotate loads, bringing them to precise angular positions at user discretion. Each module plays a role, contributing to the overall power of the solution. The geared brushless AC motor is the muscular force, the controller is the intelligence. Absolute rotary encoders act as mediators between the intelligence and the muscles to make them work in perfect sync. Just like nervous cells watch out for the body to obey the brain orders, so encoders supply the controller with feedback on how the motor executes its commands. 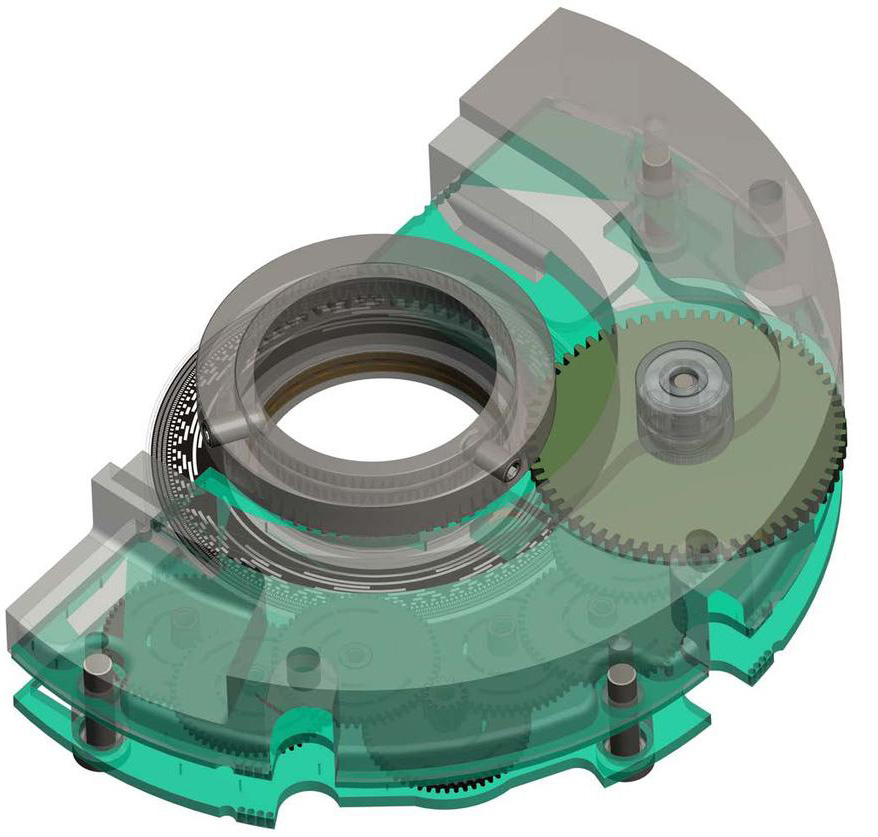 Basically, all it takes to describe the working principle of the hardware is to explore the meanings behind the individual words:

Extending the description with more attributes would give the user a comprehensive idea of how the hardware functions.

The specifications indicate the underlying sensing technology—how exactly a transducer effects measurements. Optical devices rely on interaction between a light source and a photodiode, whereas the basic interfacing elements in magnetic ones are magnetoresistance sensor plate and a magnetized wheel. Both optical and magnetic measurement methods are applicable to absolute and incremental encoders.

Manufacturers offer two varieties of the magnetic technology—on-axis and off-axis. On-axis sensing involves using a magnet mounted on the end of a motor shaft. Therefore, it is only applicable in motors with a single protruding shaft. The setup provides accuracy of up to one degree and boasts a wide range of available resolutions. 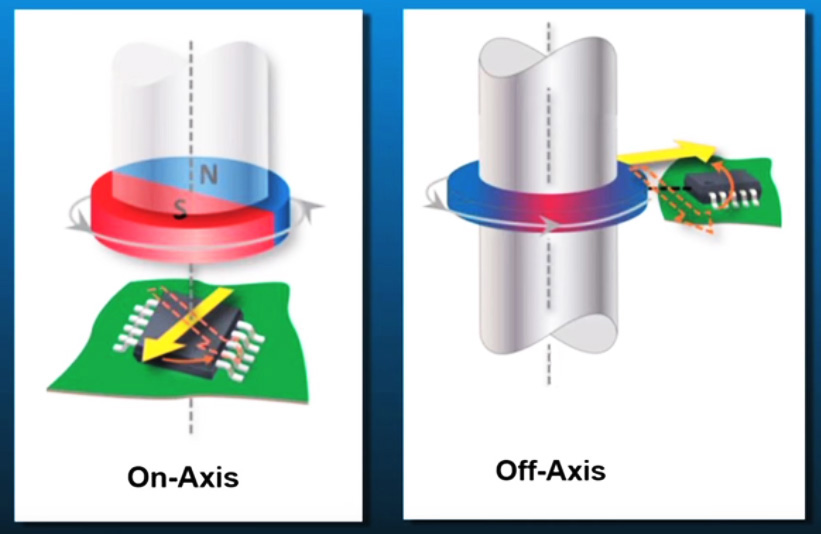 The off-axis sensing implies monitoring the angular displacement of a magnetic field generated by a ring magnet mounted on the shaft circumference or a puck magnet by the side of a sensor plate. Though posing certain issues in terms of accuracy, the off-axis variety is less expensive than on-axis counterparts.

Single-turn absolute encoders return response on motion parameters within a single 360-degree revolution. The parameters are referenced to a fixed zero point. Once the device has made it through a revolution, it resets to the zero value. Single-turn mechanisms are efficient in applications where the spinning rate is low, where the measurement span is under 360 degrees, and motion solutions that are idle over extended periods.

Multi-turn rotary encoders return not only rotation angles, but also the total number of rotation cycles. In its basic configuration, they comprise a primary disc to record exact angles within a 360-degree range and a secondary wheel to count total revolutions. In the geared version, the number of secondary discs is extended, enabling tracking and storing larger amounts of movements.

Multi-turn transducers either use a battery to maintain counts over multiple cycles, or they can be self-powered. In the latter case, the mechanisms rely on the energy harvesting technology and a Wiegand sensor to feed the encoder and support non-volatile storage of responses.

Wiegand sensors use Wiegand wires manufactured from a special alloy subjected to a sequence of specific operations—twisting, untwisting, aging. The wires possess unique properties, such as formidable magnetic hysteresis: bringing a magnet close to the wires causes the magnetic field polarity to switch. As a result, the output voltage increases multifold, facilitating its detection by electronic means—a useful effect in position-sensing hardware.

The output of an absolute encoder is a sequence of binary codes—each representing a unique alignment pattern of its discs and corresponding to a precise rotation angle. The general rule is n encoder contacts correspond to 2n shaft angles (e.g., from 0 to 45 degrees). Apart from the standard encoding methods, manufacturers can implement one of the following coding techniques: 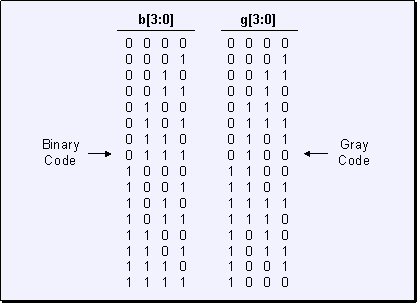 To transmit feedback to controllers or other hardware, manufacturers can implement analog (e.g., based on amperage variations), parallel, or serial communication. Parallel sensors output either binary or Gray code, transmitting signals via multiple parallel lines. Serial communication options are more varied and include the protocols and interfaces as summarized in the table below.

Though considered more accurate and reliable than incremental, absolute encoders are also more complex, costly, and have their limitations. Therefore, choosing them to provide feedback is not always the best idea. However, there are at least a couple of cases when benefits outweigh shortcomings:

In general, an absolute encoder is a frequent choice where accuracy, fault tolerance, combinability, and interoperability matter more than overall simplicity or cost.

About feedback in RDrive 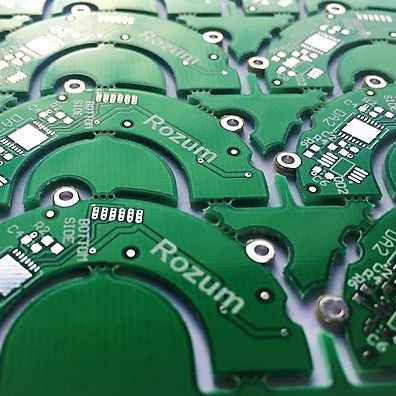 RDrive servos incorporate two absolute rotary encoders—19-bit resolution digital transducers integrated as a separate PCB module. The devices produce feedback on angular positions of two objects—the output shaft and the rotor, which is intended to minimize accuracy errors due to gearing. With the readings, users can always establish, correct to a thousandth degree, where a servo has actually travelled and whether it has reached the commanded point.

The encoder module communicates with the controller board via a BiSS line. Controllers also utilize the feedback to derive detailed motion parameters (e.g., velocity, acceleration). The sensing devices in RDrive models employ the magnetic technology conferring compactness, robustness, and immunity to most industrial contaminants. Since the mechanisms are already embedded into servo housings, there is no need to worry about mounting them into your machines or aligning them with the rest of equipment.

What is an Absolute Encoder?
Absolute Shaft Encoder—Feedback for Angular Accuracy
The Right Encoder For a Servo Motor