Controllers are the core of the closed-loop motion control system integrated into the housing of the RDrive servo motor. The device closes the loop by monitoring the feedback signals from two position encoders and applying a command current to control the robotic actuator.

How the controller enables motion control

In a motion control system, controllers are usually involved in the following control interactions: 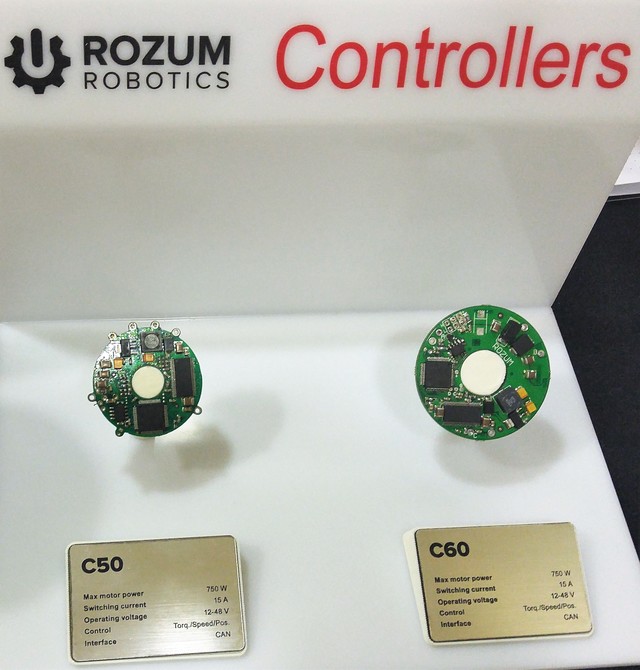 The controller used in the RDrive servo motor is an in-house development of the Rozum Robotics company. We started with just an idea to design and build a servo that would be both compact and ensure efficient motion control.

To manufacture the controllers, Rozum Robotics purchases the consumables (resistors, microchips, etc.) from reliable suppliers and mounts the components onto a printed circuit board (PCB). The PCB is then integrated into the robotic joint housing. Such integration not only saves space in your machine, but also eliminates excessive cables and connectors and improves electromagnetic compatibility.

In the motion control systems of the RDrive servo motors, the controller receives feedback signals from the two built-in encoders. Communication between the two is done by means of a BiSS line. The feedback includes data on the angular motion and speed of the servo’s output shaft as well as the angular positions and speed of the rotor shaft.

Based on the information, controllers determine whether the frameless AC robotic actuator has reached the required position and speed. Depending on the results, the controller corrects the motor’s behavior as needed. They also receive commands from the control device, communicating with it over a CAN network.

In combination with two absolute magnetic encoders, the controller forms an all-in-one compact motion control solution that allows for precise positioning even in tough environments.